Today, the PPS bargaining team refused to put in writing their verbal agreement that educators should get an average of 3 hours and 15 minutes per day of teacher-directed time for planning, communicating with students and families, and providing meaningful feedback to student work. Instead, the District proposed that we all trust that principals at every school will give all educators the time they need based on the proposed sample schedules provided in bargaining.

While PPS management insisted that their schedules were clear, we repeatedly reminded them that principals were mis-interpreting Shawn Bird’s directives. As it stands, educators are being forced to educate their administrators about how to interpret work schedules, which is not appropriate.  We know that yellow highlighting on a few example schedules is not sufficient protection for educator workload. To see our precise proposal on the workday, see #6 under Section II of our current MOA.

PPS would not agree to pay for DLI educators to translate even core related materials when those materials are not provided by the District.  We were again asked to trust that the District will develop the curriculum needed for all DLI educators.  Amazingly, they seem content to force DLI instructors to create the curriculum that should be provided by the District, without additional pay, apparently because they are concerned that it might be too costly to compensate DLI educators for the work required to do their jobs.

We also proposed that part-time educators should have educator-directed time that is proportional to that of full-time educators. Again, while this sounds like mere logic, the District would not agree.

Here is what PPS has agreed to:

Despite these areas of agreement, the District’s unwillingness to commit to a firm number of minutes per week of planning time is leaving us frustrated that, as the school year starts for educators, they have not taken seriously our shared interest in an enforceable agreement upon which schedules can be built.

The District would not commit to another official meeting until September 9th; however, we hope to push the District to move toward agreement in the interim. 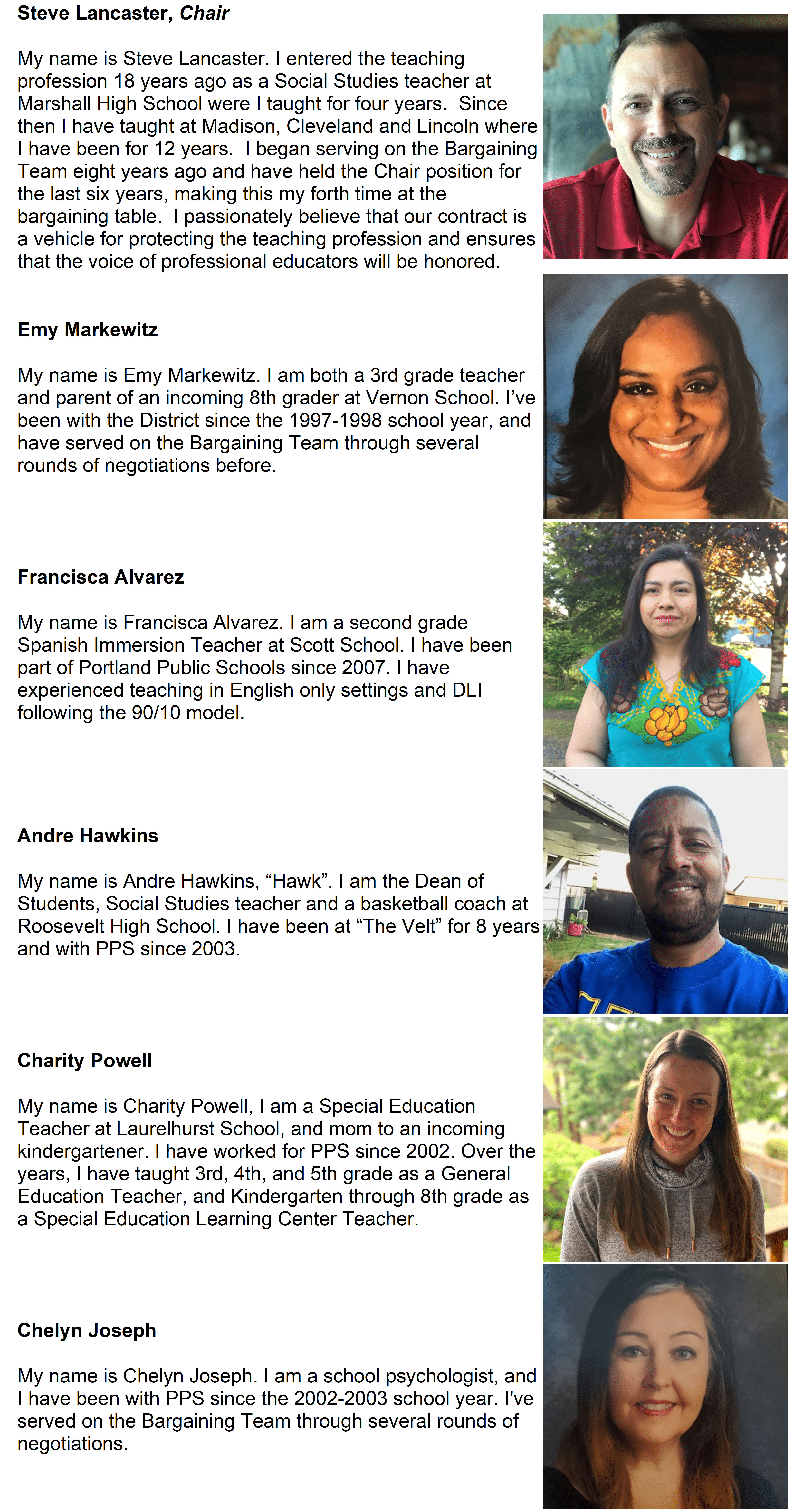