When it comes to compensation, our union’s goal is to secure a fair salary and benefits package, one that allows PPS to attract and retain professional educators.

Unfortunately, Portland educators have been falling behind our peers in neighboring school districts for years. This gap has only widened as other districts have settled agreements with their respective unions, while we begin our second school year without a contract.

Currently Portland ranks last in the region for educators starting out in the District with only a Bachelor’s degree. For educators who have hit the top of our salary scale, MA+45 with at least 12 years of experience, we currently rank 13th in the region.

Over the course of bargaining, District leaders have repeatedly articulated the goal of raising salaries to the 75th percentile in the region.

We wholeheartedly support that goal. In negotiations we have detailed the various ways low salaries make it harder to recruit and retain professional educators in PPS, highlighting the number of educators leaving PPS for better-paid positions in nearby districts.

Unfortunately, the District’s current salary proposal does little to address this problem. Not only does it fall far short of bringing PPS to the 75th percentile, it leaves us far behind most of our peers in neighboring districts.

Under the District’s proposal, educators at the top and bottom of the salary schedule would continue to languish in the bottom 25 percent of the Metro 14, and we will continue to struggle attracting and retaining professional educators in PPS.

If the District is serious about reaching the 75th percentile in the region, educators will need substantially higher raises than what they have currently offered.

* Does not have a settled 2017-2018 contract. Does not include added salary for extended 192-day calendar. ** Based on tentative or interim salary agreements. Note: Locals in bold represent PERS-adjusted salaries that have been reduced by 6%.

While educator pay continues to fall behind, pay for top administrators has skyrocketed.

Many of you will remember the 28 percent raise Superintendent Carole Smith received after we nearly went on strike in 2014. Since that time, salaries for top administrators continue to climb. 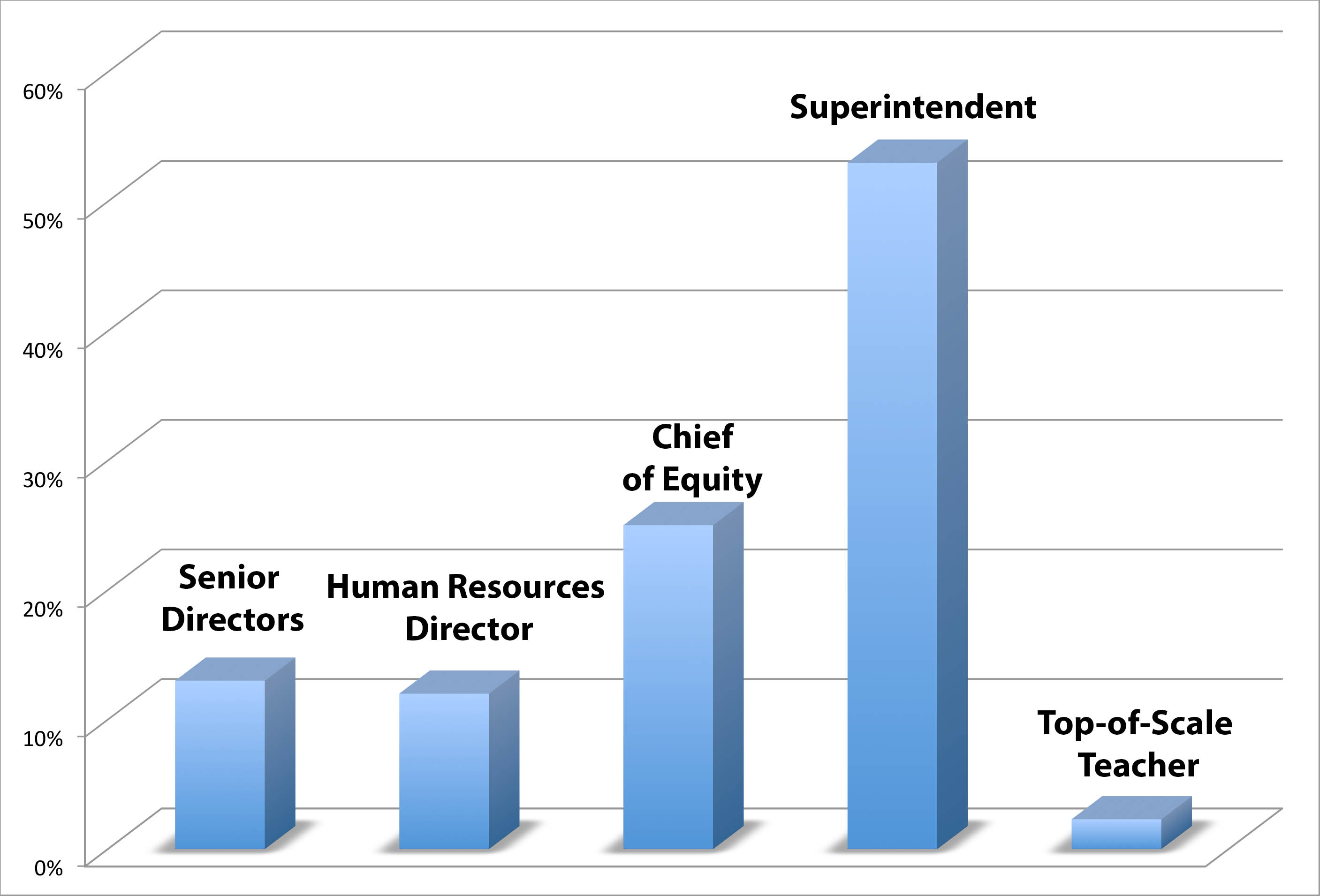 Fighting for Early Retirement: A Bridge to Medicare

During our last bargain we reluctantly agreed to limit the eligibility for retirement benefits in our contract to avoid a strike.

Now, only educators with 15 years or more of experience by September 1, 2016 are eligible for early retirement benefits that provide a bridge to Medicare, which include health insurance and a stipend of $425 per month for up to five years after retirement.

We are fighting to restore eligibility for the early retirement benefit to all PAT members, to ensure retirement with dignity and as a matter of basic fairness.

Restoring this benefit to all PAT members is a low-cost solution to enhancing our compensation package, and gives members an incentive to remain with PPS.

Another disappointing development in negotiations is the District’s decision to raid our jointly-administered Health and Welfare Trust of over $12 million.

We have worked very hard to keep health insurance costs down at the Trust, and our premium costs have been essentially flat for the past several years. However PPS has taken the savings from lower-than-projected insurance premiums and used them to give 5.2 percent raises to administrators.

Now PPS has unilaterally decided to reduce their payments into the Trust by $12 million. To add insult to injury, when the District thought they needed PAT agreement to move the $12 million into the general PPS operating budget, Yousef Awwad recommended letting the unions determine how the funds would be used.

Once they realized they could act unilaterally, PPS reversed course, saying the funds have already been allocated.