Labor Activists Stand Up in Chicago

From the bravery displayed by Mexican teacher-activists at Friday's UCORE (United Caucuses of Rank and File Educators) meeting, to the steamfitters, machinists and teamsters echoing Solidarity Forever (to the tune of Glory, Glory Hallelujah) late into the night on Saturday, the 2016 Labor Notes Conference in Chicago was a huge success.

It started with the largest teacher action of the year, so far. Facing a billion dollar budget crisis, an ineffective state legislature and an oppositional mayor, with the fresh wounds of FIFTY recent school closures (90% of which served predominantly students of color), Chicago teachers took to the streets in an unprecedented one-day strike.

Not even hail and torrential rain could dampen spirits as thousands of red-clad protesters flooded the downtown Chicago streets at City Hall on Friday. The story was the same everywhere: Chicago is broke on purpose, and it is looking to pay for its multi-billion budget disaster by bleeding their public school teachers and students dry. The resounding "NO!" of the Chicago community was deafening. 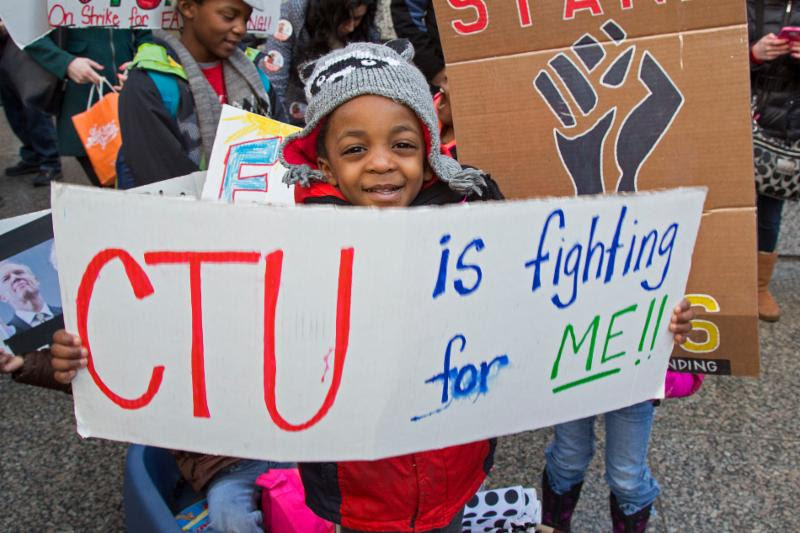 And they didn't stand alone. With Labor Notes in town, dozens of unions and hundreds of activists from around the world stood with them.

The atmosphere was electric -- and tense -- as Chicago called out the Horse and Bicycle Police to corral the crowd, arresting four. As the sanctioned protest ended, several hundred protesters doubled back through the downtown rush hour, much to the joy of at least one transit worker who honked incessantly and high-fived each and every activist who crossed his path.

The Chicago media chose to focus on the handful of teachers who opposed the strike and the district's legal action against the Chicago Teachers Union, but their noise seemed to fall on deaf ears for the majority of working class Chicagoans we interacted with, including the police.

This illustrates the most powerful aspect of the Labor Notes Conference - collaboration. Our struggles in PAT are not just our struggles; they are in fact shared by all in the rapidly disappearing working class. The DBRAC conversation is complicated by a full-fledged housing crisis; the school system's struggle to cope with the influx of post-recession, poverty-driven, mental health crises is shared by our unionized brothers and sisters in the hospitals and police stations, and by our non-union brothers and sisters in mental health, community services, and residential treatment. 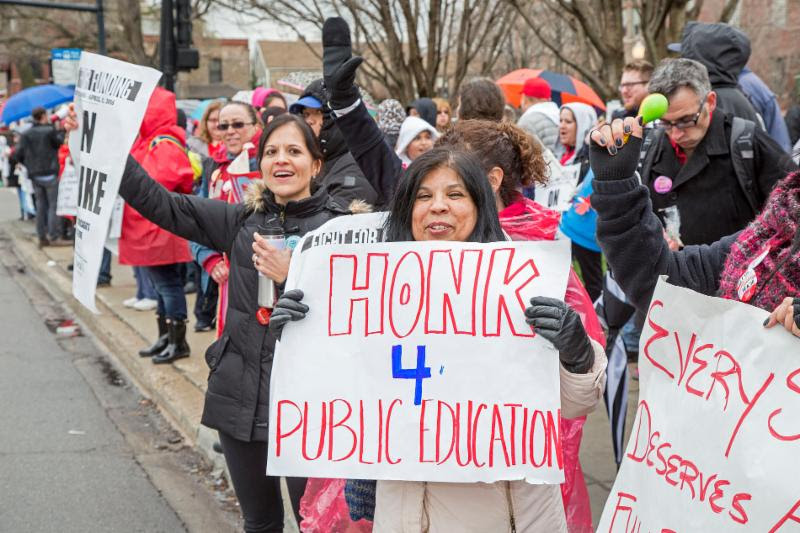 There is intersectionality in our struggles, and Labor Notes and the Chicago Teachers Union helped show that we can use this to our advantage. Through careful organizing and mindful relationship building, we can support one another's causes and are stronger because of it. Workers' issues are community issues, teachers' issues are community issues, and the more we reach out to one another in solidarity, the stronger we will be when it is our time to fight.

Stay tuned as the Social Justice and Community Outreach Committee continue to solidify our mission and help organize our membership and our community, and if you haven't filled out the Community Mapping survey yet, it isn't too late!