In November, the PAT Executive Board 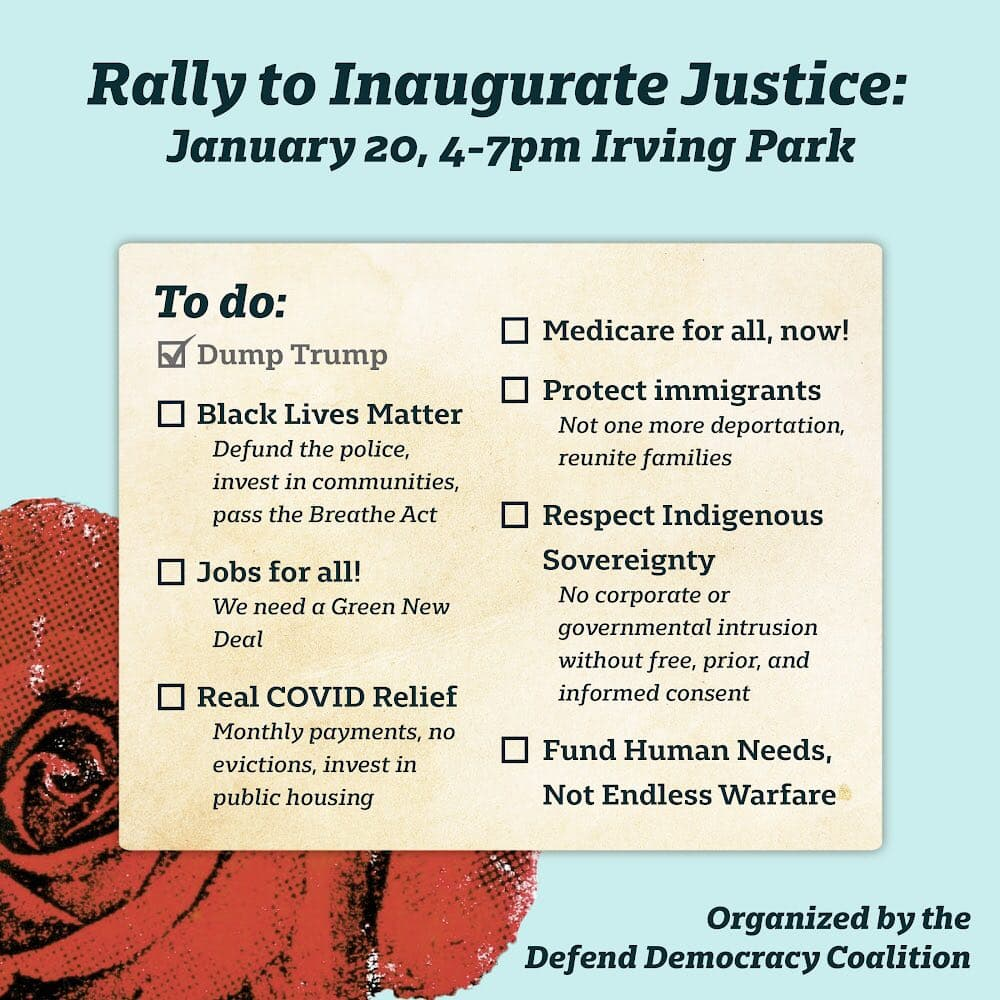 On January 20th, from 4:00 to 7:00 pm in Irving Park, the Defend Democracy Coalition is holding a rally and march to celebrate the defeat of the Trump administration at the ballot box and to send a loud message to the Biden-Harris administration that our movements for social, racial, and economic justice are demanding an ambitious agenda of change.

Dumping Trump and turning the senate blue was just the beginning. This agenda includes such vital demands as: Medicare for all, real COVID relief, protection of immigrants, and reallocating money away from policing and into human needs.

Put on your PAT blue on January 20th and join the labor contingent at the march.